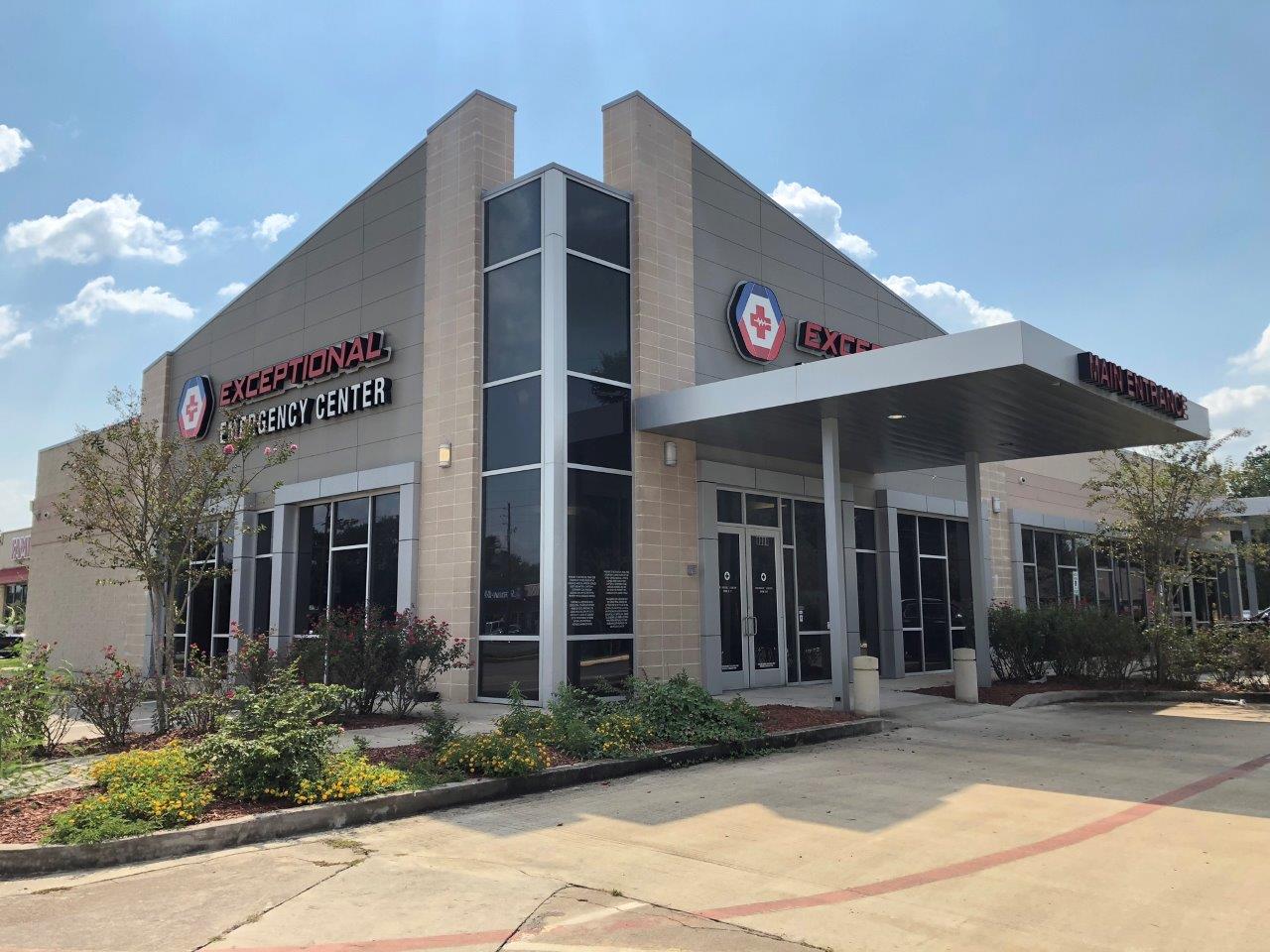 Founded in 2014 Exceptional Healthcare is the premier service provider in Emergency and Hospital Outpatient Industries. 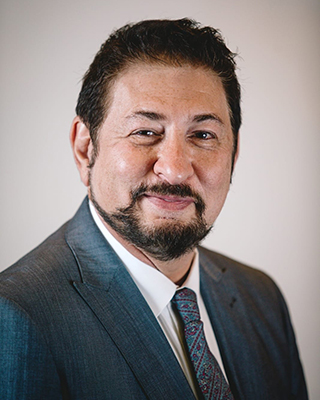 Saeed Mahboubi started his architectural practice 30 years ago after receiving his master of Architecture from the University of Colorado. Saeed is a registered architect in over twenty states. Saeed is a principal of BMH Architects Incorporated, BMH Asbuilt-USA, and FIN Development. He also held key positions in several well known architectural and development firms. Saeed was a senior associate with O’Brien & O’Brien Neifler Callaway Architects for several years where he managed landmark projects in the Southeast region of the United States, such as Universal Studios in Orlando, Florida and many others. Saeed has projects with many well known national clients. Saeed was one of the founding members of EHC, He started a construction and development program to solidify and expand Exceptional Health Centers across Texas. In addition to being the President of BMH Architecture and FIN Development, Saeed is also the CFO of EHC and CEO of US Pets Inc. 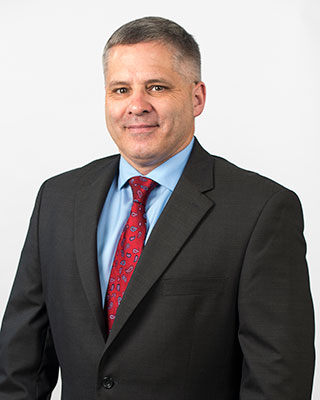 Bruce McVeigh began his career in the U.S. Army in 1984 after graduating from Providence College with a degree in Health Care Administration. He served our Nation and the United States Army honorably for 30 years in uniform, and during that tenure, he commanded numerous medical organizations at every conceivable healthcare level from Military Hospitals to an entire Health System in the country of Afghanistan for a year. Bruce deployed in support of numerous national contingency operations, and was appointed to senior health planning and operations positions within the joint realm, the Army staff, and other highly selective recruited positions. He commanded a deployed Hospital for a year in Baghdad, Iraq during the 2009-2010 surge period and also commanded and led the entire healthcare system in Afghanistan from 2012 to 2013 by where he oversaw 6 military hospitals, 38 separate surgical / ER entities, and all logistics and medical support units encompassing a very broad yet effective healthcare delivery model. Bruce also earned two master’s degrees in executive leadership programs during his tenure in uniform. After his retirement from the Military, Bruce has served in Chief Operating Officer roles for Neighbors Healthcare Inc, and for Prytime Medical Inc.

Together with his wife Carol and their two daughters, Bruce now calls Houston home after retiring from the Army in June 2014. Bruce enjoys spending time with his family, running, adventure racing, and traveling as much as possible. You can reach him at bmcveigh@ehc24.com 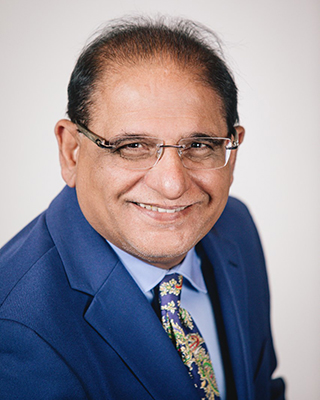 Dr. Hussain’s career as a doctor began 34 years ago when he graduated from the prestigious Punjab University (AIMC) in Lahore, Pakistan. After graduation in 1986, he undertook further training in neurosurgery at General Hospital, Lahore, Pakistan, where he specialized in neuro-trauma. Before coming to the United States in 1993, he also completed further training in radiation therapy with a particular focus on brain cancers at the Mayo Medical University in Lahore, Pakistan. Moving to the United States, he graduated with honors in internal medicine from Rush Presbyterian University, Chicago, Illinois in 1997. Dr. Hussain then embarked on his clinical practice as an emergency physician at the Marshfield Clinics, Wisconsin, from 1997-1999. In March 1999, Dr. Hussain arrived in South Texas and took the position as the Chairman of the Emergency Department of the Valley Baptist Medical Center, Rio Grande Valley. In May 2002, He founded a staffing company, Palm Valley Emergency Physicians Specialists, to staff emergency departments of the Valley Baptist Medical Center and other hospitals in the Rio Grande Valley. During his chairmanship, the hospital has been awarded the Best Emergency Department award for the past ten years. Also, during this time, Dr. Hussain has participated successfully in multiple Joint Commission Surveys. He has demonstrated his leadership in acquiring multiple awards for the hospital in many CMS initiatives, including but not limited to stroke, cardiac, sepsis, etc. He has been serving on the executive and other committees of the hospital system. He has been awarded the Best Doctor of the Year Award. He has won the national award Hero Behind The Scenes by the ENA. The City of Brownsville has recognized his services. In 2012 he served as the President of APPNA-AIMCAANA. Besides, Dr. Hussain owns a chain ofMedical/urgent care clinics in the area. He has served as a clinical assistant professor at the University of San Antonio Health Sciences teaching medical residents. In August 2016, he joined EHC as a partner, and since then, he has been serving as a board member. He has functioned as the Chief Operating Officer of Exceptional Emergency Centers (EHC) and then in 2018 took the position of Chief Medical Officer. His extensive philanthropic work in both the Lower Rio Grande Valley, Texas, and further afield in Pakistan is well attested to. Not only is Dr. Hussain a medical physician par excellence, but he is also an entrepreneur, an innovator, and a leading light in his community.

Our medical staff is trained in treating dislocations, fractures, sprains, and more. When a medical emergency arises, know that you can make the trip to our full-service emergency room and receive the treatment you need.

At Exceptional Emergency Center, we offer around-the-clock emergency and trauma/injury care. No matter the day, time, or medical situation, we’re here to help you get the treatment you need so that you can feel as good as new. From fever to allergic reactions, our staff is ready to tackle any medical need you have.

At Exceptional Emergency Center, we’re all about convenience. We know how frustrating it can be to take a trip to the hospital or to locate a specialist in the area to provide the imaging and lab services that you require. Our emergency medical facilities are a one-stop shop. Not only can we heal any ailments you’re facing, we can also provide any imaging or lab services you may need.

We Provide the Best Hospital Care Services in Industry​ 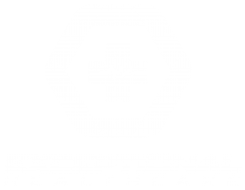